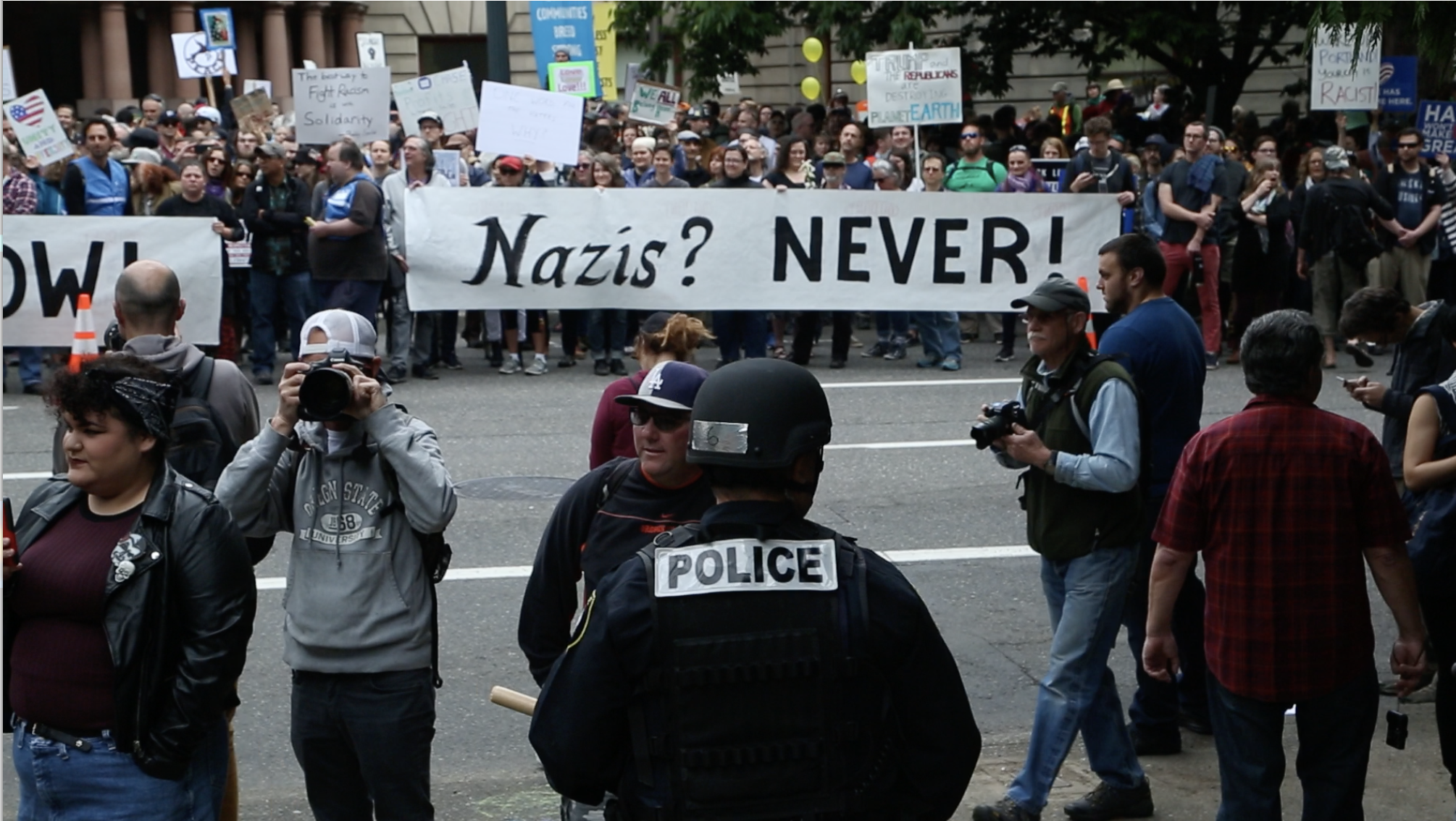 Brad Galloway was a white 18-year-old punk, in and out of trouble with the law, a street brawler already in his fourth high school, a kid without direction and a prime target for a neo-Nazi recruiter promising comradeship in a gang of “like-minded” men, a place where Brad could finally find what he wanted most: belonging.

SKINHEAD tells Brad’s story – how he spent 13 years in “the movement,” climbing the ranks from skinhead rabble-rouser to the Canadian boss for an ultra-violent US gang called Volksfront.

Brad has been out for five years, raising a family and getting his university degree in criminology. But most of all, he’s been working on leaving behind the hate groups that defined who he was for so much of his life – and watching those groups come back to life

SKINHEAD steps back and takes a look at the scope of racist movements not only in the US but in Canada too. But SKINHEADis largely Brad’s story – his journey into the movement, his journey out and what he sees happening next in this hyper-partisan age of racial tension under Trump.

“I call them white supremacy groups because that’s all it is,” says Brad. “What they are presenting as new is actually a very old idea of white marginalization.

“I think my message is this: understand by adopting these types of extreme ideologies, that you are signing up for losing those years of your life. You will definitely lose time and you will be affecting others negatively. You will lose that time in your life.”

Watch the premiere broadcast on CBC’s POV Docs on Sunday November 26, 2017 at 9pm.

Missed the broadcast, you can now see this documentary on CBC GEM