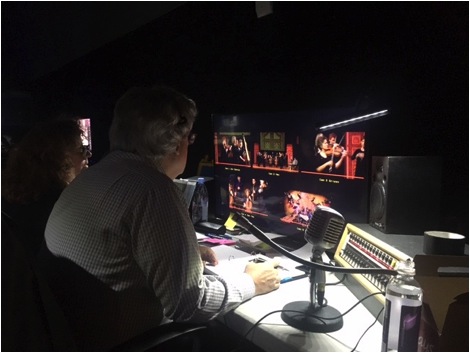 This multimedia Tafelmusik performance was conceived and written by Tafelmusik’s Alison MacKay, the orchestra led by Jeanne Lamon, and the film directed by Gordon Henderson. The performance was filmed at Toronto’s Aga Khan Museum.

Tales of Two Cities: The Leipzig-Damascus Coffee House is a blend of on camera storytelling, Baroque and Arabic music, with a changing visual backdrop. It uses coffee and coffee houses in Leipzig, Germany and Damascus, Syria to illuminate the cross-cultural influences.

The DVD can be ordered from Tafelmusik Baroque Orchestra and Choir’s website (www.tafelmusik.org) or, better yet, attend one of their concerts.

“…playing at the peak of their form for two hours, having memorized the entire concert, […] supported by text, images and a clever storyline. It’s no wonder so many of Mackay’s creations have been performed for audiences around the world – there’s really nothing like them.”  – The Globe and Mail

” It blends elements that are entertaining, educational, musically rewarding and visually arresting.” – The Huffington Post Canada